These crosses are often unsuccessful and require many attempts to get just a few hybrids. 'Paltec' (Denis 1928) is the only generally distributed hybrid. 'Flying Dragon' is being increased for eventual distribution by Iris City Gardens. An even more recent hybrid was recently registered as 'Dragonscrest' and should also be eventually available. 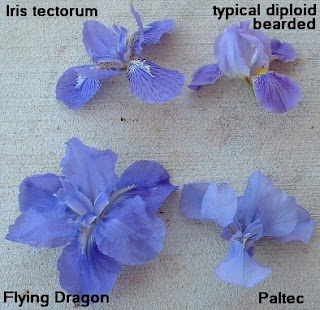 So far there are three reblooming diploid MTB seedlings that have been derived from Iris cengialtii pollinated by 'Clown Pants' (which is a cross of two species - Iris variegata X Iris suaveolens var. mellita). Two have been registered with the American Iris Society as 'Cricket Song' and 'Easy Smile'. 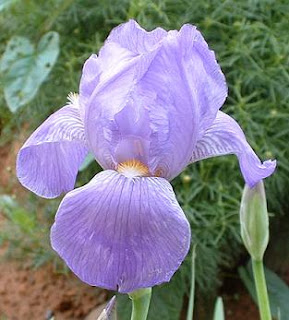 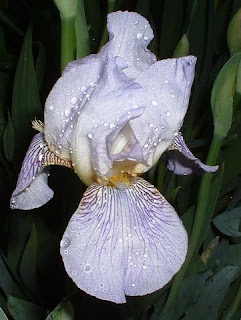 These two irises bloomed in early summer and again in the fall of 2006, 2007 and 2008. In 2009 they bloomed in early summer (May) and then repeated throughout most of the summer (June and July, and August too for 'Easy Smile') but look like they won't be fall blooming because it's been so dry.
Posted by Tom at 1:34 PM 1 comment: