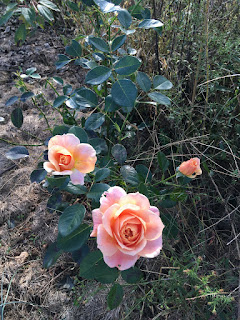 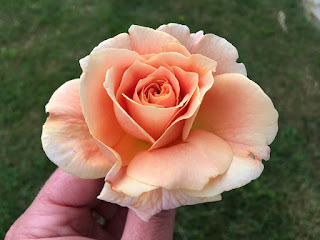 This shrub rose bred by the late Griffith Buck of Iowa, has been pretty healthy except for some blackspot late in the season. The fragrance is strong and it has bloomed well for such a small plant.
Posted by Tom at 7:33 PM No comments: 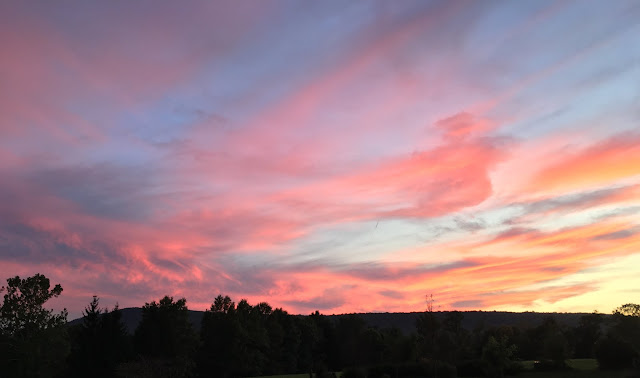 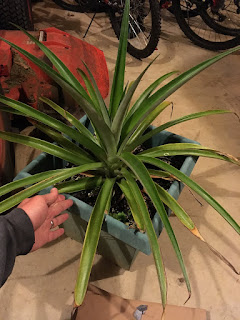 Started from the top off of a pineapple fruit, about a year ago. Getting ready to spend a second winter under lights in the basement. I hope it eventually fruits for us.
Posted by Tom at 7:08 PM No comments:

It's been a while since I've gotten to post here, but I thought that maybe the new phone would allow me to post directly. I used to have to fire up the laptop if I wanted any pictures. And what's a post without pictures?!?! So here's a try with a picture of our 2017 tomato crop - late planted and late harvested like always. 😉 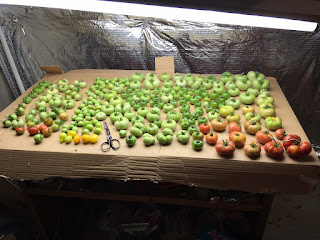 These should ripen slowly over the next couple of months.


There are three breeding lines represented here:
"Wooly Pimp" on the left derived from currant tomato and Angora.
"Wooly Yellow Pear" which has the Wooly gene introgressed into 'Yellow Pear'. I specifically selected this particular line because it evidentially had a crossover event to get the pear/oval fruit shape and Wooly onto the same chromosome.


"Wooly Beefsteak" to the right of the scissors are derived from outcrossing some older Wooly lines with bigger types like 'Coustralee' and 'Mortgage Lifter'.
I'm undecided on whether I like the dark green shoulders of some of these or if I prefer the "shoulder-less" ones. Seems like I recall some association with increased pigment and so nutrient content, but that dark green shoulders were also maybe associated with uneven ripening???
Posted by Tom at 6:26 PM 2 comments: