Back in the late 1990's, I planted dozens [literally] of roses on the back corner of the lot that we later built our home on. Since only four roses have survived all this time, I decided I should try to take some cuttings and get them propagated. Keep in mind, these have been totally neglected and also surrounded by Rose Rosette Disease infected roses.

First is a huge chunk off of the almost dead Rosa helenae. I left two other canes as insurance. I think the dense shade of the maturing trees all around is probably mostly to blame for the sad state that this rose is currently in. 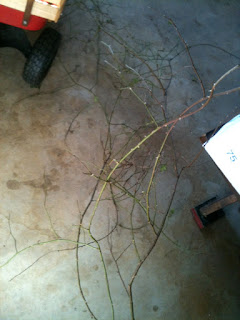 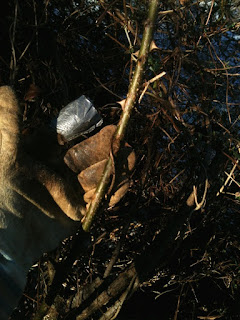 Here's that 'Alexander MacKenzie' shoot sticking up out of honeysuckle and poison ivy. The trees overhead are also shading it heavily too. 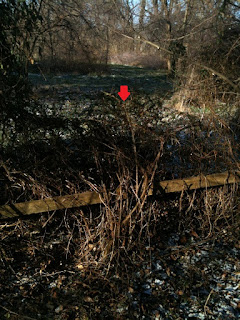 The only survivor that I didn't take cuttings from, was I think 'Lilian Gibson'. I hope to dig it and move it in the Spring. Here are bundles of the other survivors - the Rosa helenae, the 'Alexander MacKenzie' and 'Ash Wednesday'. I've got them soaking in willow water and plan to wrap them in damp newspaper (burrito style) to callous for a couple of weeks. 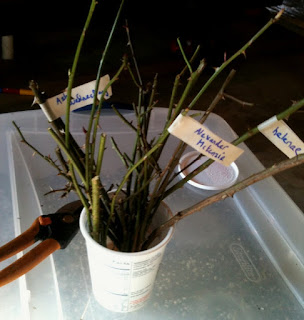 Yippee! Having more success this season than all the previous times I've tried (all put together).
Here are some more pictures of those bracteata hybrid cuttings that are rooting so nicely. I took the container outside and opened it up to let out a couple of flies that I think hatched out from the charcoal (that had a little bit of composty stuff like old cat food accidentally mixed in with it). Anyway, the five cuttings on the left are "Pink Monster". Second picture shows their sprouts. Third picture shows the root systems showing along the side of the clear container. You can also see in this third picture, the change in amount of perlite in the two layers. I mixed a lot of perlite into the top layer (where the bottom end of the cutting was located), so that it wouldn't be to wet. 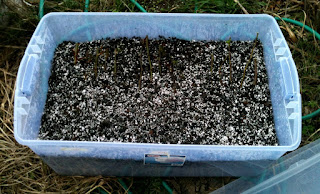 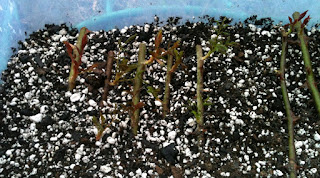 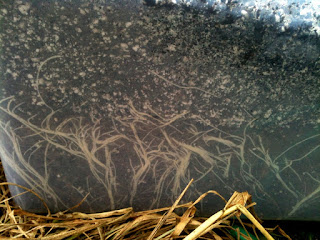 Here's another successful rooting - a cutting of the F1 hybrid Rosa arvensis X soulieana. This hybrid seems to be very susceptible to Rose Rosette Disease so I was afraid I was going to lose this last one of five seedlings. So I'm especially happy to be able to root it. I also was trying out a different container made from two 2-liter ginger ale bottles pushed together. I cut the top bottle so that it still has a little of the curved part (near the neck of the bottle). That way it easily fits inside the bottom bottle which has a straight edge at the top. 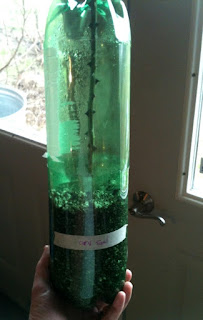 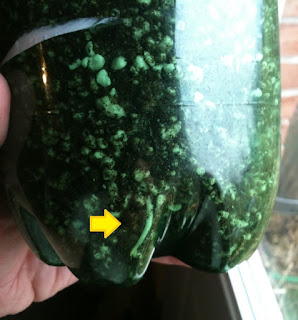 Lastly, are some newer cuttings I took in late December. Seems like they've been wrapped in damp paper for about three or four weeks. They've got great callous tissue formed but no roots yet. To encourage roots, I'm giving "willow water" a try. "Willow water" is supposed to be a natural rooting aid - made from cut up pieces of willow branches soaked overnight. I think the recommendation is to soak the cuttings before callousing, but I didn't have the willow branches available at that time, so we're trying it this way instead. The paper in the background is the damp paper the cuttings have been wrapped in while callousing. 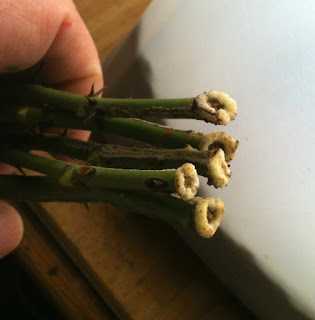 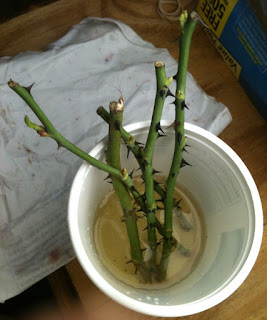